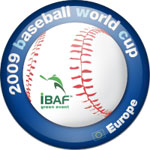 As the U.S. waits to see who they will face in the Baseball World Cup final, Great Britain’s players, coaches and supporters have had time to reflect on the nation’s own World Cup performance this week.Â  America are the reigning champions and anything less than an appearance in the final would have been considered a failure.Â

In contrast, Great Britain had more modest targets heading into the tournament.Â  Stephan Rapaglia’s men achieved their main goal of getting to play ten games against good quality opposition and the event has to be seen as a success for the side.Â

An overall record of 1-9 might not strike you as being all that impressive, but it has to be considered in context.Â  Great Britain had never qualified for the Baseball World Cup prior to booking their place in the 2009 event by finishing second in the 2007 European Baseball Championships.Â

Yes, the record books say we won the first ever World Cup in 1938 and I certainly don’t want to diminish one of our few major triumphs, but what is now known as the World Cup debut was actually just a five-game series against the United States.Â  Playing as England, the team was mostly made up of Canadians and won the series 4-1.Â  The International Baseball Federation decided to count this as the first Baseball World Championship after the event.Â  As Josh Chetwynd puts it in ‘British Baseball and the West Ham Club’: “to this day, that bureaucratic decision may be England’s greatest baseball victory”.Â

That triumph aside, we haven’t played any official World Cup baseball in our history.Â  So, qualifying for the 2009 World Cup was a great achievement on its own. Once there, the objective was simply to try and reach the second round.Â  That was always going to be the results-based measure of a successful tournament for Great Britain and we achieved it.

We faced two tough teams in Japan and Nicaragua, pushing the former all the way and succumbing to some mighty hitting against the latter.Â  Those opening two losses meant that we entered our final game needing to win to give us any chance of progressing.Â  The pressure of the final day event, accompanied by the partisan home crowd in Zagreb, ensured that a win against Croatia was in no way a formality, even if they are one of the lesser-established baseball set-ups.Â  Brian Essery and Tom Boleska pitched brilliantly for GB and timely hitting gave us a 4-1 victory.

For much of the evening, it didn’t look like that result would quite be enough.Â  That was before Venezuela’s late four-run inning obliterated Germany’s hopes of making the second round.Â  The way it panned out could make you believe that GB were lucky, but while there was an element of fortune at sneaking through by just two runs (Germany conceded 22 to our 20), the team had earned their spot.Â

If you needed any indication of what qualifying for the second round meant to Britain, the dramatic change in fortunes of that Saturday evening illustrates it perfectly.Â Â  The team went from an evening pondering an early tournament exit, to waking up for an early morning flight the next day to get to Haarlem for a game against Cuba.Â  It made for a monumental challenge, but what a thrill it must have been to stand at the plate facing fine Cuban pitching with legendary catcher Ariel Pestano crouching behind.Â

It’s experiences like that which would have made making the second round so rewarding for the players and coaches, regardless of how the games panned out.Â

The standard of competition meant that it was no great surprise that Great Britain finished bottom of their group with an 0-7 record.Â  However, the team performed commendably in all seven games, even in their two biggest losses.Â  They were tied 3-3 with Spain in the seventh inning before late runs saw Britain fall to a 10-3 defeat and they had drawn level with Korea in the seventh inning before the reigning Olympic champions added ten runs to give the score (15-5) a lopsided look.Â

Great Britain’s efforts against Cuba were such that their opponents had the great Pedro Lazo warming-up in the bullpen ready to close a tight game out with the score at 3-0.Â  Three additional runs in the eighth inning meant that Lazo sat back down, but it was the ultimate sign of respect that the Cubans came so close to turning to him.Â

Even without facing Lazo, the standard of pitching that Britain came up against was incredibly strong and their team batting average of .213 is not so much a mark against them, but a reflection on the quality of the opposition.Â  There were some bright spots in the British batting lineup, not least in the form of two players making their debuts for the team. Sam Wiley finished the tournament with a .333 batting average and hit a memorable three-run homer against Japan, while catcher Chris Berset hit the team’s other home run against Croatia and really stood out in the second round, hitting .429 in those seven games.

As for the pitching, Brian Essery lived up to his ‘ace’ tag with some sterling work (2.25 ERA) in his two starts and the real find of the tournament for GB was Tom Boleska.Â  Like Wiley and Berset, he was making his debut for Great Britain and the Pittsburgh Pirates’ Single-A pitcher struck out fourteen batters during his 12.2 innings.

The wider benefits of competing in the World Cup can be summed up with reference to the youngest player in the squad.Â  Just one year ago, Richard Klijn was playing for the GB Junior Baseball Team in the European Championship Qualifier tournament in Sweden.Â  Thirteen months on and he was circling the bases to score a run in the Baseball World Cup against Japan, after coming into the game as a pinch-runner, and he even pitched at the end of the game against Korea.Â Â Â  The nineteen year-old has been part of the British baseball set-up since he was ten and the former Manchester Eagle looks set to have a big future with the British Senior team.Â  Certainly playing in such a big event will have been an invaluable experience for him and the rest of the roster.

And that’s the most important thing about the World Cup for Great Britain.Â  Those involved won’t just have some great memories, but also a wealth of new knowledge and wisdom from many a lesson learned.Â  Using that collective experience as a platform on which to build for the future should be Great Britain’s next goal.Â

Hopefully we will be able to bring youÂ some World CupÂ thoughtsÂ from members of Team GB over the upcoming offseason here at BaseballGB.Â  I’m sure the players and coaching staff will have many great stories to tell of their epic baseballÂ journey.Â  They certainly did British baseball proud.

You Are the Scorer: Number 47

Matt…Thanks for the tremendous support and kind words you have written about GB throughout the World Cup and beyond. We truly appreciate the following and enjoy reading all of your posts. Your coverage of the event have made our experience one to remember.
Thanks again,
Brian Essery

Hi Brian. Thanks very much for your kind words. It was great to be able to write about the team performing with distinction in such a big event.

For what it’s worth – I think Team GB has a lot to be proud of RE: their effort at the tournament. As I said on Eurosport, numerous times,I thought that just getting to the second round was a great accomplishment – never mind hanging in there against eventual 4th place finishers Puerto Rico and also against Nicaragua. In the final table, GB had comparable hitting to S. Korea and Sweden and their pitching was better than Italy or Germany’s. To me,. Where they really need to improve is in the area of defensive fundementals. Unfortunately, Team GB tied Nicaragua for a tournament worst 18 fielding errors. Take a few of those away – think of the error in the 4th against Puerto Rico that led to 2 unearned runs for PR – and you never know. I think the sport has a bright future here. Now, if we can just get it back into the Olympics.

Thanks for commenting Paul. Your point on defensive fundamentals is very true. The guys certainly look like they have the ability to make the plays, so I guess it really then comes down to practice. Particularly in the second round, the opposing players will have had a significant advantage in terms of the amount and quality of baseball they play. It’s the sort of thing we will only improve on with experience and hopefully a number of GB’s players will get the opportunity to gain such experience in the future.

I’m not greatly optimistic about baseball’s Olympic future, but hopefully it will return one day. The big challenge now is how do GB build on the World Cup with little to no funding?

Great work commentating on the event, Paul. I’ve really enjoyed the games I’ve been able to catch on Eurosport2.

It’s too bad the UK press ignored the tournament, although I’m not at all surprised they did.

I thought it might get a passing mention somewhere, but sadly not.

Matt,
Nice work, a truly honest and accurate account of the 2 weeks. We appreciate your spot-on journalism, and hope that our accomplishments can continue to grow the game in the UK. Nice job of relaying the commitment and sacrfice that those that wear/wore the GB have put into the program. Thanks again.

Matt: I echo the sentiments of those who have praised your work covering the team. The coverage here in the States was very minimal to say the least. I was able to know exactly what was going on in the tournament. Now that our U.S. team has won, the coverage has been a bit more, but not much. The MLB TV Network has had some coverage. Because of my British heritage, I will always root for GB and hope that someday the game will grow a lot at the youth level to put the teams on the world stage (even the Little League WS as an example). You did a great job1

Thanks Chico. If Chicago does get the 2016 Olympics, maybe you can go along and wave a GB baseball flag in protest at the sport’s exclusion!

I read somewhere that the British team was the only World Cup qualifying team to not receive public funding in some manner, and that this prevented some members from making the tournament. If this was the case, what is the picture of financing for baseball in GB in light of reaching the second round of the tournament?

Hi Klaus. Sadly you are correct in saying we were the only team with no public funding and reaching the second round of the World Cup is unlikely to change that. I don’t believe we received anything from the IBAF as a result and the achievement will not win us any additional funds within Great Britain. In particular, not being an Olympic sport means that UK Sport won’t be sending any money baseball’s way. The only hope would be that it encourages potential private sponsors to back the team for future events.