Interleague Play & The Marmite Effect: 63 Years In The Making

Interleague play once again arrived and with it the heated discussion between fans over the pros and cons of Interleague matchups. 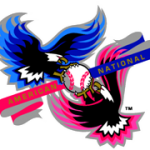 While the official interleague play has had a relatively short life (starting in 1997) compared to rest of the MLB history, ever since its conception it has caused a â€œMarmite Effectâ€ on fans with people either â€˜loving itâ€™ or â€˜hating itâ€™.

The history of Interleague play is quite interesting. As I said the current system has only being going since the 1997 season. The initial concept however dates back to August 1933 when William Veeck Sr. of the Cubs suggested the idea. He came up with the plan during the middle of a 4-year slump in attendance due to the Depression. When he died In October of that year, the plan died with him and the idea was not revisited for another 20 years until 1953.

Another Veeck instigated it, this time Bill Veeck was trying to save the St Louis Browns from closure when he suggested a 32 game schedule. This motion was doomed from the start as the rest of the American League teams wanted Veeck out.

It was then a protÃ©gÃ© of Veeck a man called Hank Greenburg from the Indians who next raised the idea. He tried both in 1954 and 1956 but the idea was shot down by the rest of the American League and consequently was never voted on by the National League teams.

In 1959, the Interleague concept started to get some traction by getting the entire support of both leagues. Calvin Griffith wanted to move the Washington Senators to Minneapolis but this was a no starter due to political reasons. The American League proposed an alternative plan with a one-team expansion in each league. This would have seen Minneapolis added to the American League. The New York franchise would return to the National League. Then the idea would have seen interleague play between leagues, but in the National League in the end said no.

In 1960, the National League approved an expansion to New York and Houston for the 1962 season. The American league then proposed to move the Senators to the Minnesota, replace them with a new expansion club in Washington, and place a second expansion team in Los Angeles for the 1961 season. The Dodgers objected to the new team in Los Angeles and the American League went back to the idea of 9 teams in each league and interleague play, however the National League remained with their original idea and the Interleague plan was abounded and Dodgers backed down after a payment of $550,000 in compensation was made.

In 1962, Commissioner Ford Frick proposed an interleague schedule but the National League blocked the idea.Â  After that, the plans remained dormant until 1973.

In 1973 the American League adopted the designated hitter rule and at the same time approved of the idea of Interleague play but the National League once again voted no. This meant that the current commissioner at the time Bowie Kuhn (who supported the idea) refused to cast the deciding vote and instead created a committee to look into the issue.

In 1975 and 1976 the American League once again tried to get the concept off the ground but lots of questions of franchise movementsÂ  (San Francisco was being threatened with a move to Toronto) and National League refusing to add a 13th team meant that no interleague schedule could work. In the end, the American League added a franchise in Toronto and San Francisco stayed where they were.

In 1983 there was a brief discussion between CBS and MLB over a series of Interleague games on a Thursday night but this came to no fruition.

Then we move all the way to 1993 and the teams took an informal vote with the owners approving the concept of a realigning of the divisions and having 10-20 interleague games per year.

On January 18th 1996, the owners adopted interleague play for the 1997 season. The Eastern, Central and Western Division clubs played each other with the designated hitter being used in the American League cities.

That entire concept from its initial creation to the first game of Interleague play took 63 years but interestingly the original reason behind the concept (to improve game attendance) still holds true as attendance figures increases during Interleague play.

That’s pretty interesting! I knew about the late 50’s to early 60’s talk, but that’s all. The closest thing I found earlier than the 50’s was a Highlanders vs Giants “Championship of Big Town” in late October 1910, but it didn’t count in the standings or as any official MLB championship, so I don’t think it should be counted as interleague anymore than a World Series is considered interleague play.

As a Yank (a Mets fan, actually), I hate Marmite and I hate interleague play. There should never be a reason for me to have to root for the Yankees, and interleague forces me to do that.

But, in response to the comment about that Highlanders/Giants game, the “Mayor’s Trophy Game” was a New York tradition for many years. I was born after the Giants and Dodgers left town, so my memories of the Games only include the Mets, but I can tell you that Steinbrenner would go ballistic if the Mets beat the Yankees…even in a game that didn’t count in the standings.

Here is a history of the Mayor’s Trophy Game from Baseball-Reference: http://www.baseball-reference.com/bullpen/Mayor's_Trophy_Game

And here is a history of the Subway Series in general: http://en.wikipedia.org/wiki/Subway_Series