Project COBB has always delivered its online information through a mixture of static HTML objects (most often tables) and links to Excel files and PDFs. As a way of making data available this has been functional but, for several reasons, limited. First, it has relied on users being prepared to download and navigate files. Secondly, it has not been possible to link from other websites to specific pieces of information contained in those files. Thirdly, it has taken much sweat and labour on my part, diverting time away from other activities that might have been useful.

Until now that is.Â Today sees the launch of the fourth iteration of the web-driven initiative to promote and preserve the present and past of British baseball. A screenshot of the new-look homepage can be seen below. 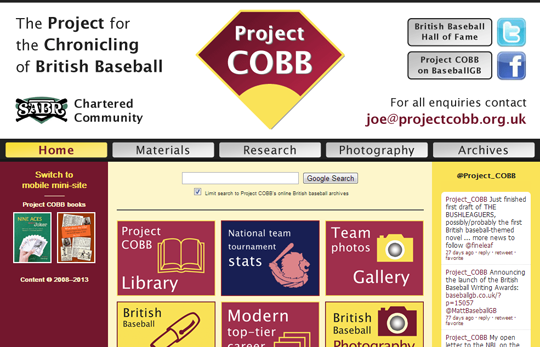 Cosmetic tweaks have been smaller in creating this latest iteration than in previous version jumps, but for the first time I have incorporated PHP coding and underpinned the website with a MySQL database. In enabling the user to dynamically drive the content via the window of a browser it has revolutionized the way in which the archives of information are now presented. It also future-proofs the work to a certain extent as the graft that has gone into the upgrade will mean a less time-consuming job of adding periodic updates in years to come.

As with any web upgrade project, there will inevitably be some bugs. If you spot any, I’d be very grateful if you could report them via this form (or by email to me if you have my address).

For anyone feeling nostalgic, screenshots of previous iterations are presented below in reverse chronological order. 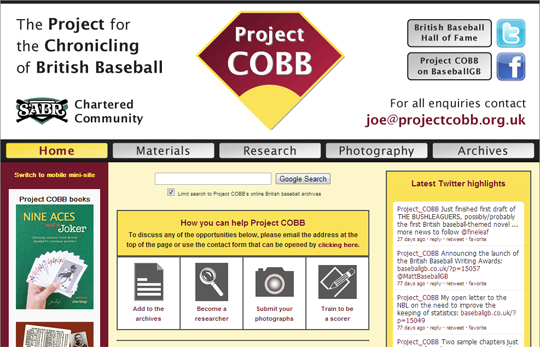 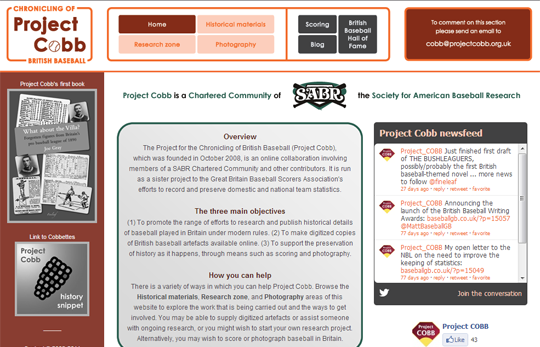 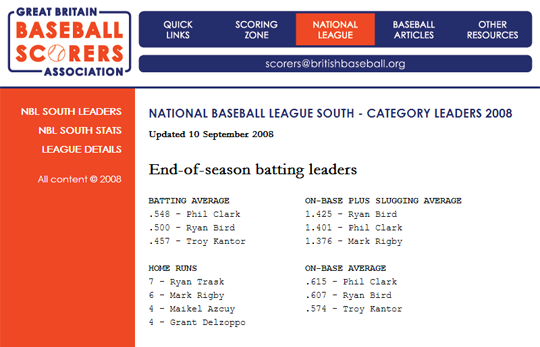 Great work Joe, it makes it much easier to search through the info.

This may well prove to be a great starting point for writers looking for inspiration as part of the British Baseball Writing Awards. There are so many great little nuggets of info here.