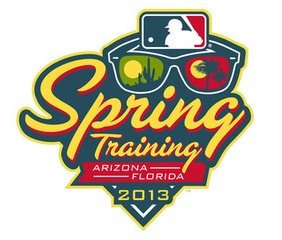 Eight teams got their Spring Training under way yesterday and on Saturday the rest will join in the fun.

All 30 teams will be in action over 16 games (the L.A. Angels and Tampa Bay Rays are both fielding two split-squad teams) and four of these will be the first live games available via MLB.TV this year. The rest of the games should be available to listen to via MLB.com’s Gameday Audio or At Bat app.

To mark the occasion, hereâ€™s a brief guide to the teams playing in the televised contests today (times stated in GMT).

Stephen Strasburg is scheduled to start for the Nationals, although in the first few weeks of Spring Training that distinction doesnâ€™t mean much. Heâ€™ll pitch an inning â€“ maybe two depending on the pitch count â€“ before turning the ball over to the next hurler in line. Offseason recruit Denard Span will be donning a Nats uniform for the first time, while Shaun Marcum will do the same for the Mets.

Jim Leyland is planning to send out his likely regular season starting lineup today (Fielder, Cabrera, Victor Martinez etc) with Anibal Sanchez starting things off on the mound. Brandon Morrow will be the first Toronto pitcher.

Bo Porter manages the Astros for the first time against the veteran Charlie Manuel. Phillies fans will enjoy the sight of Chase Utley and Ryan Howard taking the field after both missed Spring Training last year, as well as a significant chunk of the regular season, due to injuries.

John Lackey is another player for whom a supposedly â€˜meaninglessâ€™ exhibition game will actually mean a lot. He is scheduled to continue his return from Tommy John surgery by pitching an inning against the Rays. When a club is having a â€˜split-squadâ€™ day, as the Rays are today, youâ€™ll often find more of the Major League regulars staying at home rather than travelling as part of the road squad. For that reason, Rays fans will have to wait a bit longer before seeing new recruits Yunel Escobar, James Loney and the exciting prospect Wil Myers as they will be playing against the Pirates instead.

Thanks for your advice on several things pertaining to MLB.tv these past few weeks Matt. On the back of your advice I today took the plunge and laid down my Â£85 and am just enjoying the first Phillies game. Great stuff!

No problem. Glad to read you’re enjoying the baseball.