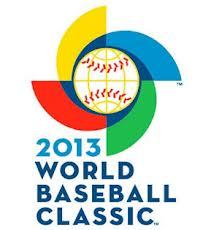 The final three games of the 2013 World Baseball Classic will be broadcast live on ESPN America. Eurosport will also be showing repeats of the games during the daytime.

First pitch is scheduled for just after 1 a.m. in the early hours of Monday 18th U.K. time (just after 6 p.m. on Sunday 17th local time in San Francisco). Right-hander Kenta Maeda is slated to take the mound for Japan with Mario Santiago starting for Puerto Rico. The game can be watched again from 6 a.m. on ESPN America on Monday, or from 8.30 a.m. on British Eurosport 2.

First pitch is scheduled for just after 1 a.m. in the early hours of Tuesday 19th (just after 6 p.m. on Monday 18th local time in San Francisco). The Dutch are continuing to fly the flag for European baseball and will face a tough test against a Dominican team that has yet to be beaten so far in the tournament. ESPN America will be showing the game live, whilst it will be repeated on British Eurosport 2 on Tuesday morning from 8.30.

The 2013 WBC Final will begin at just after midnight in the early hours of Wednesday 20th (5 p.m. on Tuesday 19th local time). Once again, ESPN America will show the game live and they and British Eurosport 2 will then show a replay over Wednesday lunchtime (ESPN America starting at midday, Eurosport at 12.30 p.m.)

There is going to be a new champion as Japan got eliminated from the tournament when they lost to Puerto Rico. This I think, is good for the game as a whole as I believe that it builds interest in the game around the world. That’s what the WBC was intended to do. That was Bud Selig’s idea when he came up with this plan to creat the World Baseball Classic. It’s a pity that most “commentators” in Mr. Selig’s home country fail to grasp that,

It’s a pity that most commentators in the United States dismiss the World Baseball Classic as nothing more than a “made for tv” event designed to garner tv ratings. What these so call commentators fail to understand is the passion this tournament has generated for baseball in other parts of the world. In places like Japan, Puerto Rico and the Dominican Republic this tournament has become huge. The other day, i saw a head that said that three out of every four television sets in Japan. That makes it a big deal. In the DR, it’s huge because Baseball represents an opportunity out of poverty. It also gives the people 6an opportunity to beat what they precieve to a bully as the United States is often viewed as a Bully who is always forcing his world view upon othe people.

When I look at commentary on baseball I tend to dismiss most of the criticism against the sport, especially here in the United States. I dismiss this criticism because most commentators here in the United States seem to have an axe to grind against the sport. Most radio hosts and television personalities would rather talk about the NFL and than talk about baseball. Most of these people have become so enamored of the NFL that they will not criticize it even though it has more flaws than baseball. It really is a bit of a shame.