One from the Past: Selection of photos from 1976 national final uncovered

Rhode Island native Jeff Archer has been a great friend of Project COBB since its inception and he recently sent through some photos from the 1976 British national final, in which his Spirit of ’76 team was pipped by the Liverpool Trojans. The photos that Jeff obtained were taken and kindly scanned from the negatives by Tom Evans (official photographer for the game). I believe that Tom has more shots like this, and if he can come through with them they would represent an invaluable pictorial record of 1970s senior and youth baseball in southern England. In any case, though, the batch he has sent are very useful in their own right.

Perhaps the most useful of the lot is a photo of the Trojans’ championship squad, which is far superior to the one previously held by Project COBB and thus supersedes that image.

The other images are presented below, with as many details as are known. If you can supply details of any of the unnamed individuals, please leave a comment below.

Among other projects, Jeff is currently working on an expanded version of his highly entertaining account of his adventures in European baseball, Strike Four (reviewed hereÂ and on Facebook here), as well as a book titledÂ Mastering the Knuckleball. As part of the latter project, Jeff has produced a short guide entitledÂ Basics of the Knuckleball. If you are interested in learning how to throw the pitch and would like to be sent a PDF of Jeff’s guide to the basics, please leave a comment below or contact me here. 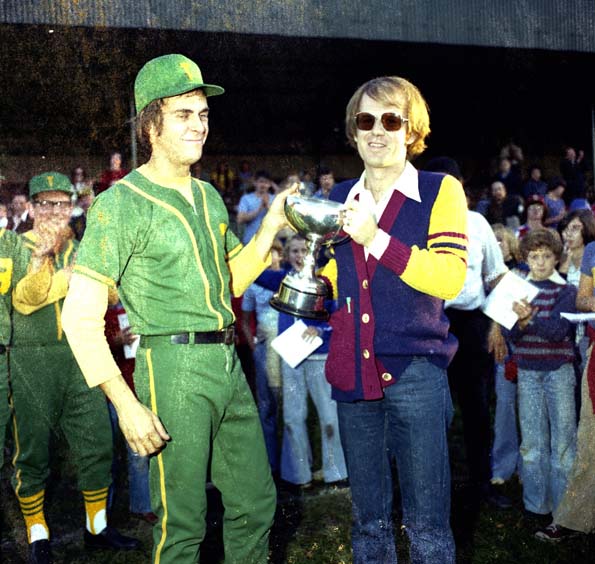 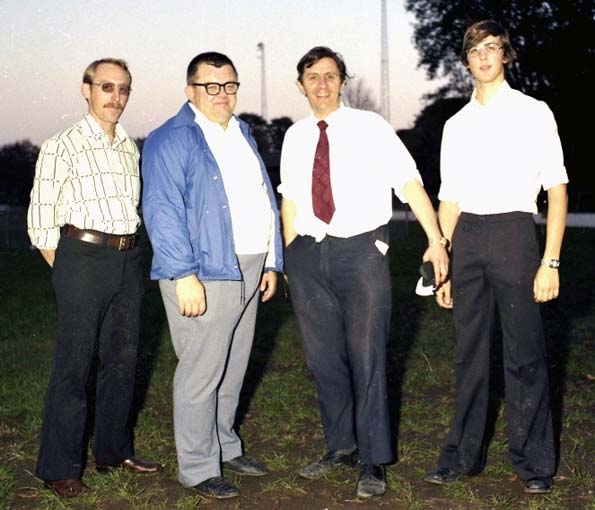 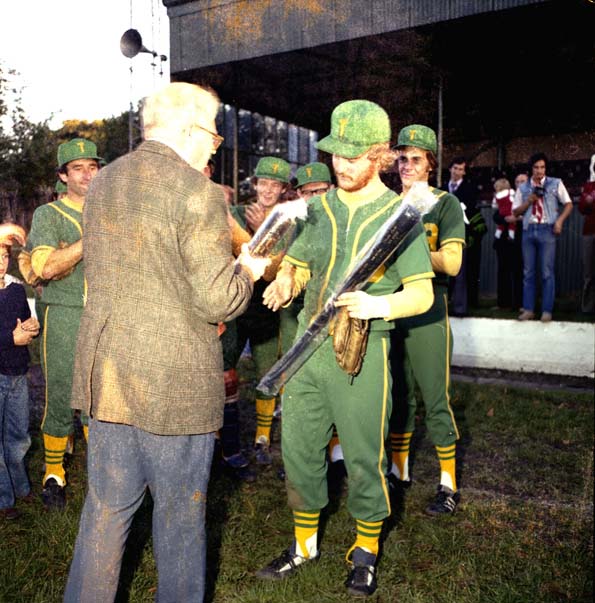 Probably a pre- or post-game meeting, with Don Smallwood fourth from left, William Morgan fifth from left, possibly Brian Holland far left, and the others unknown

One from the Past
9 comments
0
FacebookTwitterPinterestEmail

Second from left is Clive Megson and third from the left is Doreen Megson from Hull.

I wish my hair was that black now. I have the full size colour vesion with Stan’s two young sons included.

Hi Joel,
You probably dont remember the wooly haired 3rd baseman who hit the 1st homer in that final in 76 but i have fond memories of the laid back chap who kept me with my feet on the ground as a naive 19 year old you stan and carl the 3 amigos i carried on till 95 as best i cud so many good memories so much so that i have written a book of my luvly times in the baseball family nice to see the photos take care mate,
brian bretherton

I’d argue that not even Jayson Werth could trump your beard, though:
http://espn.go.com/mlb/player/_/id/4262/jayson-werth

Just curious, but what bats are available over there – then and now?

I don’t know exactly when the switch from wood to metal happened, but I do know that we went back from metal to wood (or composite) in the top tier in 2001 and over the following five or so years that trickled all the way down to the lowest level of adult baseball. There are still some all-metal tournies, though, such as the annual London Tournament.

The approved bat list for league games is here:
http://assets.ngin.com/attachments/document/0017/6388/BBF_2013_approved_bats.pdf

I have a photo of Stan Windross from 1964 when he was playing with Stretford Saints at their Turn Moss Edge Lane home ground.

Hey, if you havr any shots of my dad Bob Dawson from that time i’d be really grateful to se them.