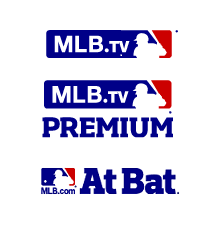 The day is almost here; live baseball returns on Wednesday as the first games from the Cactus and Grapefruit Leagues 2014 take place.

It’s a grey, miserable day as I write this here in the U.K. and yet tomorrow evening I’ll be able to watch and listen to the ‘Boys of Summer’ playing under glorious sunshine. There’s something incredibly relaxing about whiling away a cold evening indoors listening to games being played in the laid-back spring atmosphere.

Spring Training games are limited on MLB.TV simply because most of them are not televised in the States and therefore there is no broadcast feed for MLB.TV to show. However, this year there are over 200 games available to watch over the course of Spring and, as most games take place during the afternoon, the majority are played at a convenient time for us to watch.

Now, if you’ve been through even one Spring Training you’ll know that, particularly up until the second half of March, the games do tend to drift along in the later innings as the established Major Leaguers are swapped out for prospects (and non-prospects).

They are pre-season friendlies so the drama of competitive games isn’t there, but getting a chance to see some of the younger players is part of the fun of Spring Training, as is seeing players taking the field for their new teams and being able to revel in the simple pleasure of watching live baseball once again.

MLB.com has published an MLB.TV Spring Training schedule and I’ve created a version that lists the games based on the start times for us in the U.K. Â The table below provides the MLB.TV games up to and including 9 March.

Two things to note in respect of the list below:

1. There are a few night games in there that begin in the early hours of the morning.Â I’ve put the date as being the date for us in the U.K. on which the game will start. So, for example, the night-game between the Orioles and Yankees that I have listed as 5 March actually takes place on 4 March in the States and will be stated that way on the MLB.com schedules. I’ve put these cases in itallics to highlight them.

2. The U.S. moves into Daylight Saving Time on Sunday 9 March, whereas we don’t switch to British Summer Time until Sunday 30. Consequently the time difference is reduced by one hour during the intervening three weeks and you’ll see on Sunday 9 March that there’s a switch to a number of games starting at just past 5 in the evening U.K. time rather than after 6.

Details about the MLB.TV subscriptions options for UK fans can be found here. Monthly subscriptions are available, albeit at a price that unsurprisingly makes it a fair bit more expensive if you use that method to watch the full season rather than going for the full annual subscription up front.

MLB At Bat 2014 is now available to buy for Â£14 for the year and that gives you access to radio commentary of every regular season and postseason game, as well as all Spring Training games that are broadcast on the radio, which is the majority of them. Whilst you will be able to access one ‘Free Game of the Day’ to watch via mobile devices with the Â£14 app during the regular season, you can only watch more games beyond this through buying the MLB.TV Premium subscription and then linking this to your At Bat app.

Listening to the radio commentary is a great way to follow a ballgame, just like some prefer listening to Test Match Special rather than watching TV coverage of cricket, and so the At Bat option should not be seen as a poor relation if budget or broadband capabilities make you think the Premium subscription is not for you this year.

I’ll be tuning into the Oakland A’s radio commentary team regularly throughout Spring Training to enjoy the games and catch up on all the breaking news about my team. Whilst you probably won’t listen or watch the full nine innings of a game during Spring, being able to catch a few innings here and there most days is the perfect way to gear up for the season ahead.

Spring training always reminds me of the only baseball game I have ever seen live, when my family went to Disney World Florida when I was 11.

Disney have their own minor league stadium and, this being 2002, Tampa’s Triple A affiliate the Orlando Devil Rays played there (they later moved to become the Montgomery Biscuits). I can’t remember much about the game except the big scoreboard, the armrests on the seats (a luxury for a British sports fan!) and receiving a free batting glove and ball (a proper Rawlings one no less) at the end.

Having then subsequently become a huge fan of the sport it makes me wonder if I’ll ever see a live game again (at Fenway, hopefully. I’d drop everything of I had the chance to David Ortiz smash the Yankees all over the place).

Oh, also, while I’m here; I’ve suddenly remembered that I have BT Sport (free with my broadband). I know it’s an extreme long shot but are they showing any spring training?

Hi Nick – thanks for your comments

Re Spring Training, there aren’t any on the schedule at the moment; however from memory ESPN America only showed ST games broadcast on ESPN the States. ESPN are only showing 8 games, starting on Monday 17 March (Cardinals at Red Sox). BT Sport’s own schedule on their website doesn’t go that far ahead yet, but it’s possible they will show it.