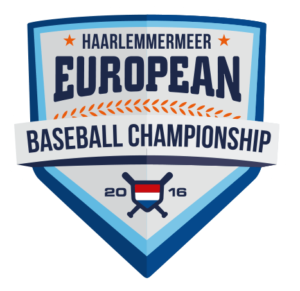 Great Britain’s hopes of making it through to the second stage of the 2016 European Championships were dashed on Sunday due to a narrow 3-2 defeat against Germany.

I noted in my preview that the schedule had given Great Britain the three best teams in the pool for their first three games. Winning one out of the three would have still given them a good shot heading into Games Four and Five against Sweden and Russia respectively.

Now, Liam Carroll’s team will instead aim to get two wins to finish fourth in Pool A and set up a 7th/8th-placed showdown on Wednesday, most likely against Belgium.

It’s the nature of tournament play that small details can make a big difference.

It was expected that the Netherlands would simply be too strong in the opening game, and so it proved with an 11-1, seven-inning defeat, but the losses against the Czech Republic (4-1) and Germany (3-2) were all the more frustrating due to how well Great Britain competed in those games.

Sunday’s game against Germany – based on the excellent online radio coverage by Tim Collins on meinsportradio.de – was a real kick in the gut, especially after the Czech loss made it a must-win match.

You sometimes get moments in games when you see a good opportunity go begging and worry that it might come back to haunt you. That’s exactly how I felt in the middle of the fifth inning of this one. GB had a 2-1 lead heading into the top of the fifth and loaded the bases with one out. A clean base-hit to the outfield, likely scoring two runs, would have given the team a small but important cushion and really grabbed hold of the advantage.

Unfortunately, Chris Berset, making his tournament debut after jetting in from his Triple-A team, saw his potential hit end up in the German second-baseman’s glove and then Brett Rosen grounded-out back to the pitcher to end the inning. Germany then came to bat in the bottom half of the inning and scored a run to level things at 2-2.

Although Great Britain were still firmly in the game at that point, it felt like a golden opportunity missed. Credit should go to the German pitcher Maurice Wilhelm for coming out of the bullpen and getting his team out of an almighty jam, but on such moments do tight games turn and on this occasion it turned the wrong way for British fans.

In the bottom of the seventh inning, the German shortstop Schuz bunted his way on, was sacrificed to second, moved to third on a fielder’s choice before being singled home by first baseman Boldt. It was a dose of ‘Deutsch kleiner ball’ and, try as they did to rally, it proved fatal to Britain’s chances.

How things could go from here

It should be a very competitive game against Sweden on Monday (13.30 start BST). They are 1-2 (their win coming against Russia) and theoretically still have a chance of progressing; however a German win against Russia on Monday would mean they would finish ahead of Sweden even if they both ended up on 3-2 records (as Germany’s 4-0 win over Sweden would be the tie-breaker).

Similarly, if Great Britain beat Russia in Game Five then fourth place would hinge on the GB-Sweden result (either Sweden winning and securing it before the Game Five results, or GB winning and having the tie-breaker over Sweden even if they were able to beat the Netherlands in Game Five).

The fly in the ointment with all this is that whilst Russia are 0-3 underdogs, they put up a tremendous fight against the Netherlands on Sunday and only lost 3-1.Â  Pencilling in wins for Germany and GB would be asking for trouble.

Still a good result to be had

Let’s leave potential scenarios from other teams to one side and simply state the best-case scenario for Great Britain from here. Two pool wins would lead to a 7th/8th placed match and if they won that then they would come away with a 3-3 record. That would be a very good tournament based on where we are on the GB development curve, so let’s not be too disheartened with the 0-3 start, especially given how the team has performed.

Monday’s game against Sweden is another chance to get a win on the board. There are plenty of ABBA-related puns to plunder whichever way the result goes. Hopefully it’s Great Britain who will be the winner taking it all rather than the team sending out an S.O.S.