MLBTV Free for all on Friday and Saturday 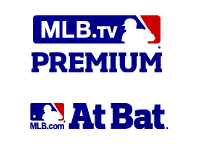 The Cactus and Grapefruit League exhibitions are now over and the 30 MLB teams have moved on from their Spring Training bases as they finalise preparation for the regular season.

There are still exhibition games to be played on Friday and Saturday though and MLB.com has decided to give fans an opportunity to try out MLB.TV for free.

Not every game over the next two days is being broadcast on TV, but there’s a good group to choose from. Friday’s games are mainly night games so give us an early chance to get back in the habit of getting your sleep in around some baseball.

The games that stand out to me are the Yankees-Braves exhibition on Friday, which will be our first chance to see Atlanta’s new ballpark,and the two games between the Pirates and Blue Jays that are taking place in Montreal in the Expos old home, Olympic Stadium.

Here are the MLB.TV games with times listed in BST. Note that those listed in itallics are actually in the early hours of the following morning for us.

If you have been considering signing up for MLB.TV but weren’t sure about how the service would work with your set-up, this is the perfect opportunity to give it a try.Â  Further details about MLB.TV and how it works for UK fans can be found in my round-up of the 2017 subscriptions and the 70+ comments (and counting!).