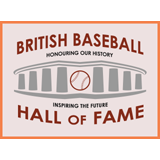 With two of the three inaugural inductees into the British Baseball Hall of Fame last month being Merseyside-based (Sir John Moores and Norman Wells, Sr), this is clearly the region of the country where press coverage was most likely to be achieved. And achieved it has been, with news stories appearing in three newspapers:

The prominence of baseball in the Merseyside sports press could not have come at a more useful time for the region’s dominant team, the Liverpool Trojans. They are the oldest existing team in Britain but have been struggling of late to remain a strong force. It is hoped that the area’s impressive baseball legacy can be rejuvenated by the recent Hall of Fame news.

For biographies of all three inductees and full information on the British Baseball Hall of Fame, please visit the official website â€“Â www.bbhof.org.uk.

That’s brilliant news. One of the many benefits of the ‘Hall’ is that it provides a great way to publicise British baseball and this shows that it works. Top job!