British Baseball buoyed by the prospect of new teams 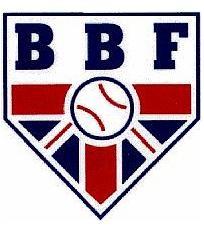 Some good news was announced yesterday on the BaseballSoftballUK website.Â  Up to eight new adult baseball teams are expected to join the British Baseball Federation league set-up in 2010, which would amount to a 22 per cent increase on the 2009 competition.Â  The additions would be a combination of completely new clubs, established youth programmes entering adult teams, current clubs fielding extra teams and an independent team, Tonbridge Bobcats, moving into the British Baseball Federation league.

Of course, any additions could be balanced out by teams deciding to drop out of the league set-up in 2010.Â  No such news has been announced so far, but there are often a handful of clubs that fail to return each year and it wouldn’t be a surprise if that happens again in 2010. Even the National Baseball League (NBL), the highest level of competition, suffered some forfeited games in 2009 as the Croydon Pirates struggled at times to put together a team of sufficient quality, although hopefully they will regroup and be a force once again next year.

At the very least, these new teams should ensure that the numbers do not decrease and are a sign that the sport is growing in popularity.Â

Current clubs can only create additional teams if the demand is there, so the fact that Bracknell, Bristol, Essex, Guildford, Leicester and Mildenhall are all considering doing this shows that they feel there is the potential to build on the work they have already done.Â  Bracknell and Essex currently both have two adult baseball teams and in the latterâ€™s case a third team might be desirable if their top level team, the Arrows, move up from AAA to the NBL in 2010.Â  Certainly the Arrowsâ€™ 25-0 regular season record would suggest that they are ready for the jump and the way in which Herts Falcons adjusted to life in the â€˜big leagueâ€™ this year should give them confidence that the transition can be made successfully.Â

It also will be interesting to see if potential second teams from Leicester and Mildenhall would go into the same Midlands Division as the Blue Sox and the Bulldogs or if they are placed in the A South (if they do indeed go ahead and add new teams).Â  In fact, it seems likely in one way or another that the creation of new teamsÂ will lead to another revamp of the BBF league structure in 2010 after the 2009 changes.Â  Although it would be preferable if there is some continuity in the way the different levels and pools are structured, any changes that make for a stronger competition should be embraced.

The BBF certainly should be open to change if it means making it easier to accommodate completely new teams.Â  Chelmsford Clippers, Essex RedBacks, Horsham, Plymouth and Telford will potentially provide five new teams and they will need the full support of the baseball community during their formative stages, as will Tonbridge Bobcats.Â  Competition should be at the heart of British baseball, but that shouldnâ€™t overtake the general principles of making the game stronger as a whole by embracing new clubs who will give more people a chance to enjoy the sport, whether playing, watching or being part of the support team every club needs.

Everyone involved in British baseball would also agree that getting kids involved from a young age is a key objective; however it is equally important to then have the structures in place to encourageÂ  those kids to remain involved in the sport as they grow older.Â  That works both ways: adult clubs organizing Little Leagues and Little Leagues having good links to adult clubs (and the improving University Baseball scene is another crucial part in this as well).Â  The prospect of the youth programmes in Plymouth and Horsham establishing adult teams therefore is definitely a good thing.Â

The BSUK story states that Horsham has â€œthe potential to grow into one of the biggest baseball organisations in the countryâ€.Â  Their extremely successful youth programme has been the subject of a feature on MLB.com and they also have the benefit of an excellent baseball facility close by.Â  Pavilion Field is one of the best in the country and was originally used by the Brighton Buccaneers, yet depressing rumours about the future of the facility have circulated since that club ceased to exist after 2006. British AAA team Burgess Hill Red Caps currently use the field and seeing Horsham put it to good use as well is cause for optimism that the facility will be around for a while yet.Â Â

In fact, it looks like weâ€™re endingÂ 2009 with plenty of cause for optimism that 2010 could be a great year for British baseball.

A successful hunt for information on the 1994 independent league final

The latest we’ve heard is that if Telford can get a team together they will potentially join the Midlands Division.

After the roaring success of Alconbury and Mildenhall in the 2009 season, I understand they are considering combining their squads and fielding an “elite” team in AAA. The remaining players will then field a combined “2nd” team in the Midlands Division.

Finally, the Blue Sox keep on attracting new players, which proves if you shout hard enough, people will hear you. Our squad is a little swollen for one team now, so we are working hard behind the scenes to put together a second team. If succesful, Blue Sox 2 will go straight into the Midlands Division as it would mean too much travelling to compete in A South.

We still have some way to go in terms of rostering for both teams as our pitching staff is quite thin. Therefore if any budding players, especially pitchers fancy giving it a go in the league next year – please get in touch!

Thanks for the additional details Matthew.

I you live in the Leicester area and fancy getting involved in baseball, Matthew’s the person to contact.

With the added teams next season. Will there be any changes to AAA and National League. I think it would be good to see more teams in the NBL such as Essex and Harrogate and hopefully Croydon can bounce back.

[…] entrants lists, schedules and postseason formats will be released over the next week or so.Â  Prior to Christmas, there were hopes that the British leagues would be expanded by up to eight adult teams and it will […]