A number of programmes and other artefacts from the early and middle parts of the 20th Century have been added to the Project Cobb archives in recent months. WhileÂ digitizing these materials for public consumption is invaluable in the effort to restore andÂ maintainÂ Britain’s baseball heritage,Â it is just as important that steps are taken to preserve more recent items.

Therefore, I was very grateful indeed to receive three programmes from ex-British baseballer Dave Smith this week that fell into the period between the mid-1980s and early 1990s. DaveÂ competed for the Crawley Giants and the London Warriors during theÂ late 1980s and also played in Preston for a couple of years.

The programmes that Dave kindly donated to Project Cobb were from: the 1986 national final between the Hull Mets and the Cobham Yankees (see below for the cover); the game in 1989 between the GB Seniors and a squad of famousÂ MLBÂ “alumni” (this one includes autographs from the major leaguers); and the 1992 European Cup of Cups (B-Pool), which was a European club competition that was hosted by the Humberside Mets that year. The items have been digitized and added to the Other artefacts section of the Project Cobb “Historical materials” page. 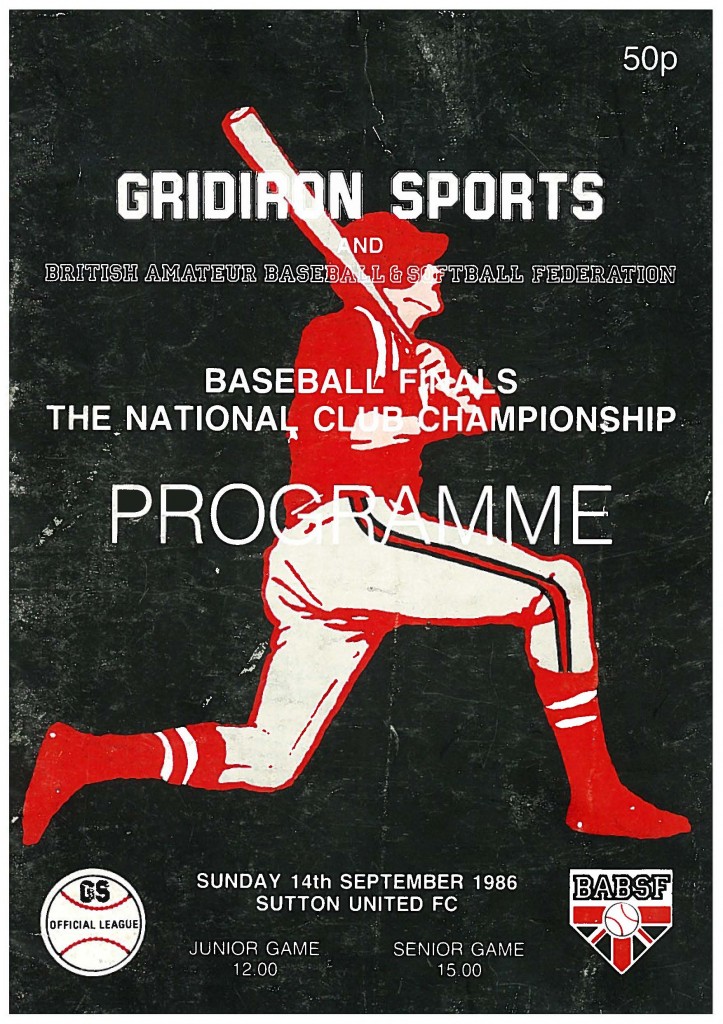