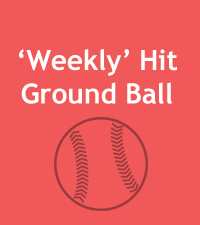 If we needed baseball to be a diversion from other disappointing sporting events this past week, and we undoubtedly did, then once again MLB came to our rescue.

The D-Backsâ€™ Edwin Jackson pitched the fourth no-hitter of the season, throwing 149 pitches and walking eight hitters in the process.Â  It should have been the fifth no-hitter of 2010, of course, had Jim Joyce made the right call on out number 27 for Armando Galarraga.Â  A mystifyingly bad call followed by demands for instant replay.Â  That sounds painfully familiar.

Yes, baseball brings us plenty of joy, but it is also capable of causing extreme frustration.Â  Just ask Carlos Zambrano.

Itâ€™s been a strange season so far for the Chicago Cubsâ€™ pitcher Carlos Zambrano and his frustration came out in typically spectacular fashion on Friday during a day game against the White Sox.

The volatile Venezuelan has gone backwards over the last two and a half seasons since his Cy Young candidate form of 2007.Â  Zambrano got pummelled by Atlanta for eight runs in 1.1 innings on Opening Day this year and he was shifted to the bullpen three starts later, making thirteen relief appearances before returning to the rotation on 4 June against the Astros. Zambrano pitched a good game in his fourth appearance back as a starter against the Angels, one run conceded over seven innings, and many questioned whether this was a mere fleeting glimpse of the Big Z of old or if had he genuinely turned the corner?Â

I was among those giving this question serious thought.Â  While Cubs General Manager Jim Hendry and Manager Lou Piniella had the all-important real world scenario to consider, I was looking at Zambrano through fantasy-baseball eyes.Â  Emboldened by my move to the top of the BGB Fantasy league, I had decided that my starting pitching could be improved, not wanting to rest on my laurels, and Zambrano was available as a free agent.Â  I looked at that Angels performance at the beginning of last week and thought long and hard about adding him to my roster.Â  Another strong seven-inning outing and other owners would surely be quick to snatch him from the pile, but could I really trust him to follow up that performance with another quality start?

Sometimes, itâ€™s not so much the moves you do make, but the ones that you donâ€™t make that turn out to be the most important.Â  As I watched Zambrano trudge towards the dugout after giving up four runs in the first inning on Friday, I couldnâ€™t help but let out a sigh of relief.Â  When the coverage came back from the commercial break and we saw what Carlos the Crazy Man had just done in the dugout, well, it was a definite bullet dodged.

Zambrano had completely blown his top, which was perhaps understandable considering he had just started the game so poorly.Â  What was not so understandable was why he decided that his poor start was Derrek Leeâ€™s fault.Â

Juan Pierre had led off the inning with a double down the right-field line.Â  It barely stayed fair over the first-base bag and with Lee anticipating a possible bunt, there was no chance of the ball being fielded.Â  Zambrano thought otherwise and started screaming in Leeâ€™s face for not making the play.Â  It didnâ€™t make any sense, both because Lee wasnâ€™t to blame for Zambranoâ€™s poor pitching and because Lee is 6 foot 5 inches tall and not the most obvious person you would want to square up to.

Luckily for Carlos, he was dragged away and marched into the clubhouse, where Piniella told him to have a shower, get dressed and get lost.Â

Itâ€™s far from the first time that Zambrano has behaved in this way and as Jim Hendry suspended the pitcher, it was clear that the Cubs are getting tired of his behaviour.Â  â€œYou have every right to say it like that, that it’s a recurring situation. And every time it recurs, it is a little bit more disappointingâ€, said Hendry.Â

White Sox manager Ozzie Guillen, Zambranoâ€™s equally combustible friend, defended the Cubsâ€™ pitcher, stating â€œwe cannot criticize this kid for that. That’s the way he is. Carlos has his own way. That’s the intensity this kid bringsâ€.Â  When a team is winning and the player is performing well, that intensity is seen as a positive.Â  When a team is going through a bad patch and the player is performing badly, that intensity becomes a big problem.Â

Simply put: Zambranoâ€™s not pitching well enough for his theatrics to be accommodated.

Thatâ€™s not a problem that I have to deal with though.Â  After passing on Zambrano I decided to pick up the much-maligned Carl Pavano instead, who responded by throwing a complete game shutout against the Mets on Saturday.

Jim Hendry no doubt wishesÂ that running a baseball team could prove to be so easy in the real world.

Prince Harry does us proud!

BST guide to this week’s MLB games: Reds and Cubs, Halladay and Sabathia