More on the London Twilight Baseball League of 1976

Last May, I wrote an article on the London Twilight Baseball League of 1976.

The project wasÂ led byÂ Jeff Archer, who was over here in England on an extended break from his home in the United States (as described in his bookÂ Strike Four). He’s recently been looking through some old photos and came across one that was taken on opening night of the Twilight League, at Rosslyn Park. Jeff is standing next to the Mayor of Wandsworth, who is on the right of the picture and who threw out the ceremonial first pitch. 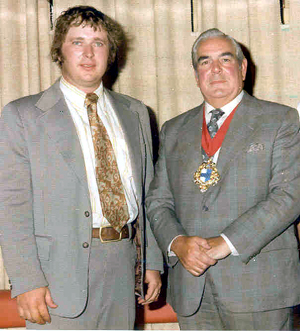 Eight Men Out by Eliot Asinof