One from the Past: Gaps 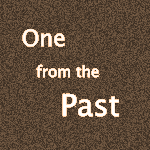 This year’s National Baseball Championship will represent the 100th anniversary of, well, nothing.Â Starting in 1912, British baseball experienced a 22-year period without an official national final. The title deciders that bookended this lapse were both spectacular, at least judging by their 1-run winning margins, but, regardless of that, even the most meagre of British baseball appetite would have been left far from the point of satiation during this period of the game’s history.

Anniversaries are historically easy ways of generating promotional copy for almost anything, but this hiatus does not provide much of a fulcrum with which to lever publicity. If you push down on one end of plank of wood that is lying on the ground, the other end’s coordinates are not going to be overly troubled.

Still, we should at least be reminded to not take what weÂ doÂ have for granted, when the British baseball communityÂ gathers in HertfordshireÂ this bank holiday weekend.

The only event that historians are aware of from the barren field of 1912-1933 that comes close to being considered as a national final is a game that took place in 1926 at Stamford Bridge between Chipping Norton and an all-star team from London.Â AÂ Daily Mail scribe who reported on the contest branded it the “British baseball championship”, and that is certainly how you’ll find the game, which Chipping Norton won, being remembered if you ever visit Chippy’sÂ local history museumÂ to take in its wonderful baseball exhibition. However, without any evidence of a qualifying structure underpinning the clash it is difficult to see how it can be considered anything more than a novelty. Moreover, theÂ Daily Mail article must be taken with a hypertension-inducing quantity of salt. It adds a fascinating prequel to the Abner Doubleday farce by stating that he “was born at Wootton, near Chipping Norton, and took the game to the United States.” This Doubleday myth was debunked in the American press much more swiftly than the more famous one was.

Finally, if we set our backward-gazing power not to 100 years but rather a solitary season, there is more scope for reflection, as Michael Jones found out in his latest post on the UK American Sports Fans website.

One from the Present: Championships