BaseballGB is always keen to support the wider baseball community within Britain.Â  We were therefore delighted to hear that Welsh baseball is bucking the harsh economic trend by securing sponsorship for the 2009 season from a group of businesses.Â 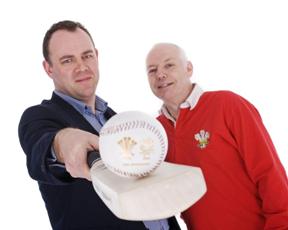 The news comes as more footage of Welsh baseball has been made available online, including an excellent tutorial that provides an insight into how the sport relates to its ‘American’ equivalent.Â

â€œOur sport has been an important part of community life for well over a hundred years,â€ said WBU chairman Ken Gough. â€œItâ€™s wonderful that the business community is supporting us, especially in these difficult times.â€

Support for “an exciting and skilful game”

Rob Lancey of Thornbury Building Services, Cardiff said: â€œI went to the Ted Peterson Cup Final last year and was reminded just what an exciting and skilful game baseball is, so Iâ€™m delighted to be involved.â€

Andy Lee of Life First Photography, Rhiwbina, added: â€œWelsh baseball is South Walesâ€™ own game, but itâ€™s never had the commercial support it deserves â€“ weâ€™re pleased to help the sport as it strives to regain its former glories.â€

Associate sponsorship is still available for Â£100, while other options include sponsorship of leagues, cups and national teams.Â  Information, including a downloadable, brochure is available at www.welshbaseball.co.uk.

Learn more about the sport

The website alsoÂ offers links to YouTube footage, which now includes a two-part tutorial as well as coverage from some vintage games.Â  The tutorial helps to clarify the rules and allows fans of the more recognised version of baseball to spot similarities.

The ball needs to be bowled underarm through what amounts to a ‘strike zone’, which extends from the batter’s chin to his knees.Â  A ball that passes through the zone is called “good”, whereas one that sails through outside the zone is “bad” (just like “strikes” and “balls”).Â  A batsman can be “struck out”, but this occurs when they are hit by the ball as they swing and miss.

The rule in baseball where you can overrun first base without being tagged out if you continue in a straight line is replicated in Welsh baseball, where a turn to the left in this instanceÂ can lead to the runnerÂ being called out for “turning the wrong way”.Â  You can also be called out for “deviation” if you try to avoid a tag on the bases, just as running outside the base line can send you back to the bench.

What’s most fascinating is the way these ‘baseball’ rules are joined by elements from cricket.Â  They include the use of “long stop”, “cover” and “slip” fielding positions, scoring runs due to “byes” and “extras” and parts of the playing area such as the “batting crease”.Â Â Â

The tutorial gives you a real sense of how Welsh baseball may have developed over the years, assimilating ideas from other bat and ball games to create a sport that is unique in its own right.Â  A further clip on YouTube sees Bill Barrett providing an overview of how the sport was originally developed out of rounders by dockers in Wales in the late nineteenth century.Â  The game spread throughout South Wales and also extended to Merseyside and Gloucester.Â

It’s great to see variations of the sport are alive and well today in the British Isles, being playedÂ alongside the version of baseball that is more well known throughout the world. With the continuing support of sponsors, such as those who have signed up recently, many people will continue to enjoy Welsh baseball for years to come.

Many thanks for your continuing interest in Welsh/British baseball, Matt. Readers may also be interested to see clips on YouTube from the 1988 Welsh Brewers Cup final, featuring two Wales rugby internationals – David Bishop and Mark Ring.
Keep up the good work on BaseballGB.
Andy

No problem Andy. Thanks for highlighting the YoutTube clips as they are an excellent way to understand this version of the sport.