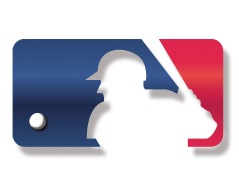 No, the calendar is not telling you a lie: it is nearly 1 January.Â  2009 is about to turn into 2010 and that gives us reason to look back at the last twelve months and also to look ahead to the next year.Â

While 1 January is the beginning of the new calendar year, it often seems like little more than an excuse to put up a new calendar on the wall.Â  The life of a baseball fan moves to the rhythm of a different schedule: offseason to Spring Training, regular season to postseason and around again.Â  Itâ€™s now less than 100 days until the 2010 MLB season begins, 96 to be exact, and I couldnâ€™t help but cast my mind forward toÂ MLB’s openingÂ day while having a quick flick through my shiny new 2010 diary.

This brought with it some good news that had escaped my attention until now.

The start of the 2010 MLB season coincides with the Easter bank holiday weekend here in Britain. The season opener between the Boston Red Sox and New York Yankees at Fenway Park is scheduled to begin at 01.05 a.m. on Monday 5 April British time (08.05 p.m. on Sunday 4 in Boston).Â  So thereâ€™s no need to worry about getting the day off work or reluctantly deciding to give the game a miss due to an early start, the contest can be enjoyed live in the early hours with a ready-made rest day built in to catch up on some sleep.Â  The hype surrounding Yankees-Red Sox series can get fairly tedious, but that can be put to one side for the season opener, especially as the usual antagonism between the two clubs will be ramped up by the subplot of the defending World Series champs waltzing into a frenzied Fenway.Â Â

Being able to watch it on free-to-air TV would be the perfect Easter present, although I suspect a subscription of some kind (ESPN America, MLB.TV etc) will be required.Â

If you do go down the MLB.TV/Gameday Audio route (subscription details, including prices, are normally announced at the start of February), youâ€™ll also be able to enjoy a feast of live evening baseball to end the Easter weekend.Â  Many teams are scheduled to begin their season with a day game on the Monday. Phillies-Nationals, Marlins-Mets, Cardinals-Reds, Dodgers-Pirates and Rockies-Brewers are all due to start between 18.00 and 19.10 British time and several more are likely to start at a similar time as well (not all times have been confirmed yet).Â

Think about that for a moment:Â  some sunny weather (okay, maybe thatâ€™s being optimistic for a Bank Holiday), a few beers and the start of the new baseball season.Â  Itâ€™s still a fair way off, but turning the calendar to 2010 seems to bring the opening weekend that much closer andÂ  Iâ€™m looking forward to it already.

You Are the Scorer: Thread for queries

You Are the Scorer: A forum for baseball scoring questions